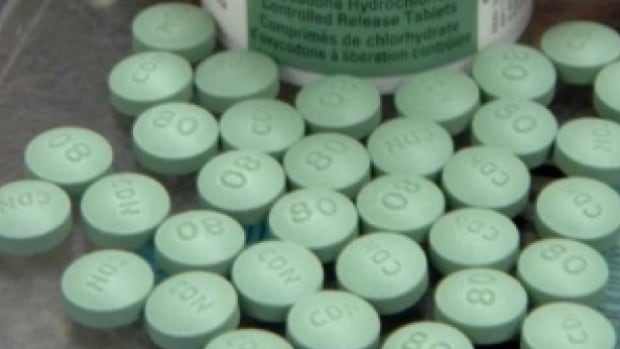 Ontario police and community groups are raising the alarm that a fentanyl crisis could be looming as synthetic versions of the drug appear across the province as they have elsewhere in Canada and the U.S.

An advisory released Monday by the Ontario Association of Chiefs of Police, the Waterloo Region Crime Prevention Council and other groups says 2016 has been a record year for overdose alerts and seizures of so-called “bootleg” fentanyls by law enforcement officers.

The advisory says bootleg fentanyls refer to drugs that are not prescribed by doctors, but produced synthetically and sold on the black market, usually mixed in with other illicit substances.

“Those [people] repackaging and trafficking are very much amateur chemists, dealing with a substance that is lethal in micrograms,” Michael Parkinson of the Waterloo Region Crime Prevention Council told CBC News, “so a small error can mean a large number of overdose fatalities.”

Synthetic versions of the drug include carefentanil, which is often used as an elephant tranquilizer, and W-18, a drug that has prompted warnings from police in several Canadian cities.

‘The feeling is that we’re sitting on a ticking time bomb, and it’s about to explode.’– Michael Parkinson, Waterloo Region Crime Prevention Council

He said some people may not see a fentanyl crisis as a law enforcement issue, but Couto said his group believes mitigating the problem will prevent both crimes and overdose deaths.

Several other jurisdictions are also experiencing fentanyl crises, including Ohio, where last week it was reported that 1,155 deaths were related to the drug in 2015. Over just two days last week, Ohio had 78 reported fentanyl overdoses, Parkinson said.

British Columbia’s chief medical officer declared a state of emergency earlier this year after an increase in drug overdose deaths, many of which were linked to the dangerous opioid.

“In British Columbia … overdose fatalities are up 74 per cent in the first seven months of this year,” Parkinson added.

Parkinson said indicators such as drug seizures point to a crisis being on the verge of unfolding in Ontario, too.

“These fentanyls are seeping into drugs like heroin and cocaine as counterfeit pills, and the experience from British Columbia has been that most people will be completely unaware that their substance has been contaminated by the fentanyls,” he said.

“Really, the feeling is that we’re sitting on a ticking time bomb and it’s about to explode,” he adds. 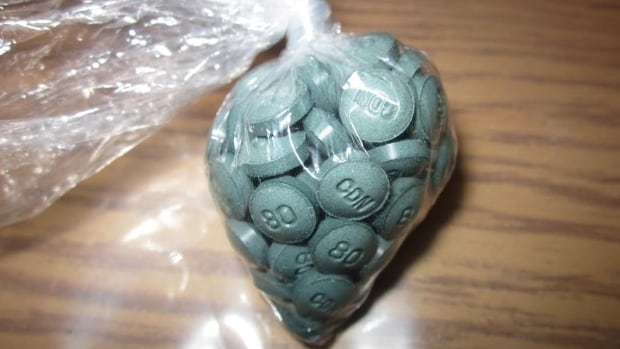 Police say other illicit drugs may be cut with fentanyl. (CBC)

Police, community groups and health care providers in Ontario are now looking to other jurisdictions to see how they’re handling the crisis, and plan ahead.

Couto said police officers are constantly talking to their colleagues in other provinces and states, because they don’t want to re-learn lessons other jurisdictions have already gleaned from the crisis.

Ontario has taken B.C.’s lead in public education, advising drug users to be extra cautious because there may be unexpectedly powerful substances mixed into their usual doses, he added.

Taking lessons from other places is crucial because a fentanyl crisis isn’t confined by territorial borders, he adds.

“This is a Canadian problem. This isn’t just a provincial problem or a specific city’s problem. We are going to have people in this province dying if we aren’t being pro-active.”

Couto and Parkinson both say they hope the advisory gets people talking about fentanyl and helps make the issue a priority, particularly for governments.

“For us, we can’t just deal with the consequence,” Couto said. “If we’re called because somebody has overdosed, we’ve failed as a society.”

“The onset of a fentanyl overdose is rapid, compared to other opioids.” Parkinson explained.

He said that reports from emergency providers indicate larger-than-expected doses of Naloxone — an injected drug used to treat opioid overdoses often administered by paramedics — are required to revive victims.

With files from The Canadian Press