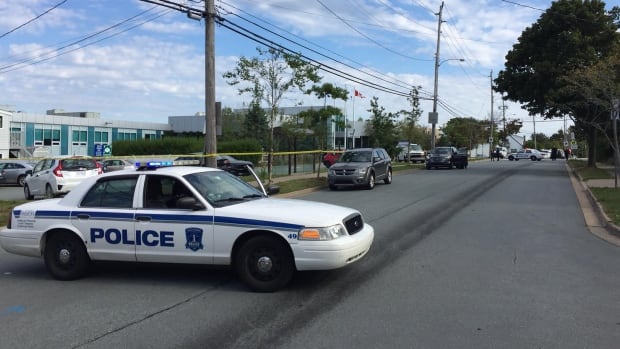 The Nova Scotia Community College’s IT campus in Halifax was among two that were evacuated on Wednesday morning due to a bomb threat. (Robert Short/CBC)

Thousands of students in the Maritimes were forced to leave their schools on Wednesday morning after bomb threats were received via fax.

Three campuses of the Nova Scotia Community College — the IT campus in Halifax, the Marconi campus in Sydney and the Annapolis Valley campus — were evacuated as a result.

A spokesperson for the college said the nature of all three threats was the same — a bomb threat received in a fax.

Police spent much of the day searching several affected buildings but nothing suspicious has been found. Cape Breton Regional Police said the threat in their jurisdiction was “not credible.” 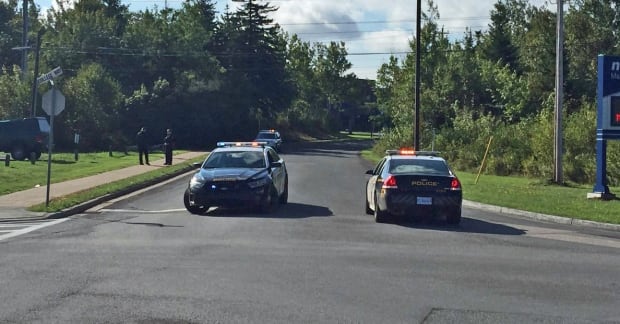 Cape Breton Regional Police said in addition to the Marconi campus, Cape Breton University was also evacuated as a result of the threat. All classes at the university were cancelled for the day.

Classes were also cancelled at all NSCC campuses across the province, as a precaution.

All schools in P.E.I. were also evacuated due to a potential threat, said RCMP, though it wasn’t immediately clear whether that was related to the threats received in Nova Scotia. Police determined that threat was also “not credible.”

The threats made in P.E.I. were also sent by fax, RCMP confirmed during a news conference on Wednesday.

“It would appear that one or more individuals is sending out these blanket messages to create havoc,” RCMP Sgt. Kevin Bailey said. “Similar in Nova Scotia and at least one school in the U.S.” 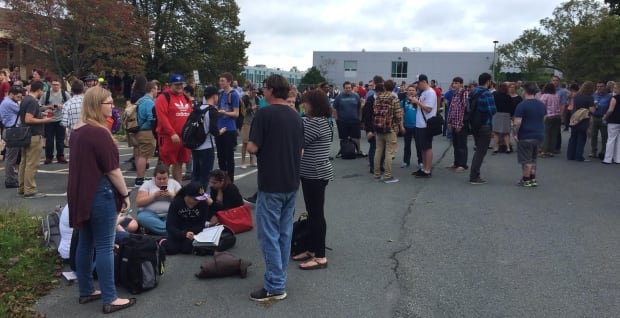 Students in Halifax were forced out of NSCC’s IT campus as police investigated a threat. (Robert Short/CBC)

During an address to the public Wednesday afternoon, Prime Minister Justin Trudeau said authorities have the situation in Nova Scotia and P.E.I. well in hand.

Trudeau: ‘The situation is under control’0:30

“As a parent I know how worrisome this type of situation can be and I know that the affected parents must be having a very difficult day,” he said in Ottawa.

“We continue to monitor the situation closely, and I can assure you that both the RCMP and local authorities are deploying all necessary resources to this ongoing operation.” 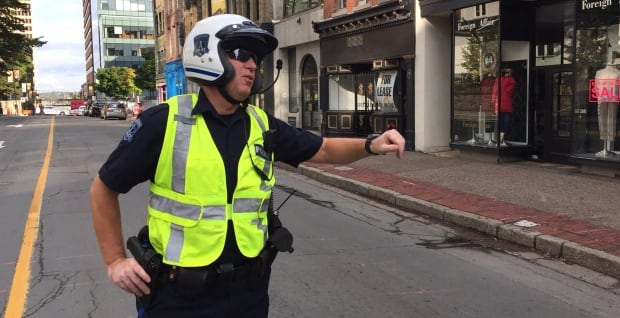 A police officer blocks off the part of Barrington Street closest to One Government Place, which is at 1700 Granville St. (Robert Short/CBC)

One Government Place is the building that includes cabinet and executive offices.

Jackson said no threat was received there, but they were taking precautions after the threats received at NSCC. Police found nothing suspicious at One Government Place, he said.

The subject of the investigation on Barrington Street turned out to be a cooler with the words “Test cylinders. Do not disturb.”

A police officer took a water bottle from the cooler, emptied it onto the street, walked back to his motorcycle and yelled, “All clear” at the people in the area before driving away. 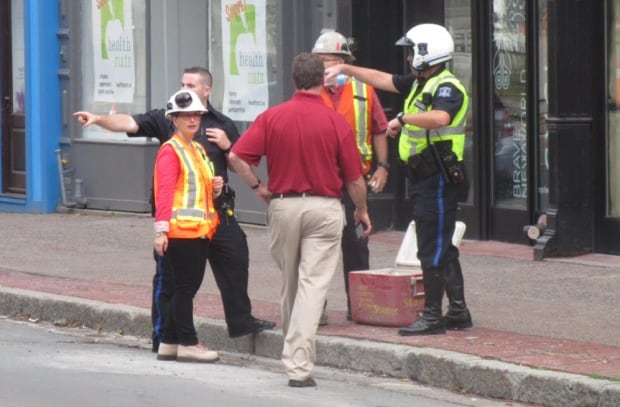 A police officer took a water bottle from a cooler on Barrington Street, emptied it onto the street, walked back to his motorcycle and yelled, “All clear” at the people in the area before driving away. (Robert Short/CBC)

Just after 8 a.m., police in Halifax were called to another report of a suspicious package in the area of the old Spring Garden Road Memorial Library, at 5381 Spring Garden Rd. Police shut down the road to all vehicles and pedestrians.

The explosives disposal unit determined the suspicious package was just garbage and all streets reopened to traffic.